Philosophy Off The Rails

The self-proclaimed 'college professor' over at their BLOG Philosophy Out of the Box (Why Atheism is Illogical. Part One: Atheism is a Belief and a Truth Claim) has decided that, rather than lose the debate, they will just delete last response and block me, so I am reproducing them here for posterity (the first two as thumbnails, the last embedded as an image along with the referenced post that was also deleted by them). 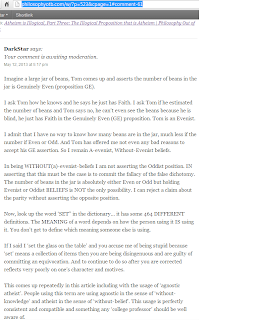 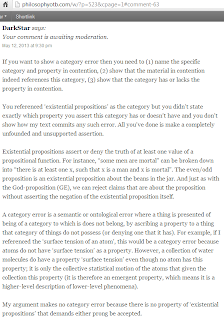 And a fourth post they delete on another page that is referenced in the third post above: 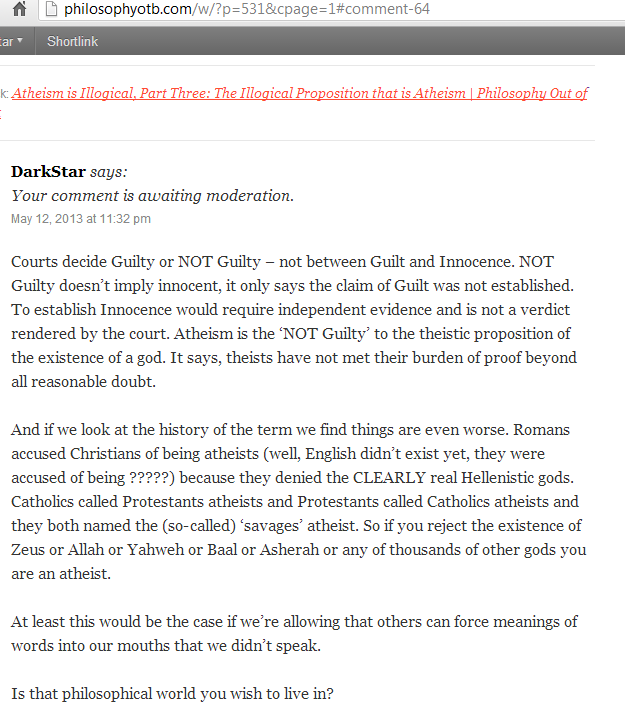 The ????? is ἄθεος -- apparently his blog cannot handle Unicode.

I welcome feedback on my arguments.


When asked about the arguments presented by 'college professor', Massimo Pigliucci (Professor of Philosophy at City University of New York, @mpigliucci) responded:

@levelsixtysix Hmm, primary facie, it seems like bullshit to me...